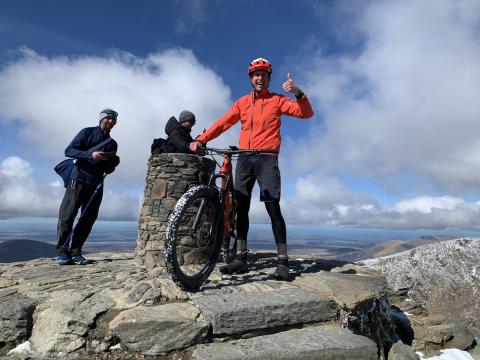 I was billy no mates for the first ride of the weekend – Snowdon. I love the place, and have ridden it several times before, so was excited to do it again, but when I got the first distant glimpse from the car at Capel Curig the excitement rose substantially as I could see snow on the tops of the mountains, and I’ve never been up there in snow (and the sun was shining and tops were not in cloud!)

Parked up in a deserted Llanberis and got started – the first road climb out of the village is ridiculously steep and gets the heart rate straight up to max, then through a gate and the Llanberis path proper gets started. Already overdressed and boiling over, the layers came off quickly as I settled into the climb – rocky, and interspersed with difficult to ride pitched path sections.

As I got higher, I got into the snow – not much at first, and a bit of ice on the path, but as it got thicker it actually made the riding easier. I really enjoyed it – the air was crisp and cold, the views were stunning and there were very few people about (for Snowdon!). I soon got to the ‘3rd quarter’ which is the unrideable section – a bit of a slog pushing and carrying up the steepest section, and then the last ride up to the summit, the snow now quite thick in patches but packed down like a piste.

On the top it took less than 20 seconds to go from boiling to freezing, so on with the layers, a friendly walker took some pictures for me and it was time to get going into the descent down the Rangers path. In the snow, it was as good as I had hoped, possibly even better than summer – the top third is fast and open before it gets really rocky, steep and twisty. Caution needed here, not to come off and require a helicopter, and a then perfect place to stop for a rest near the edge of the cliff to take in the views and let the arm pump subside! The next section opens out and gets fast again down to Telegraph Valley, which is a short 5 minute climb, then a long fast singletrack cruise back to the village. Absolutely flipping awesome ride that was!! Set up the rest of the weekend perfectly! 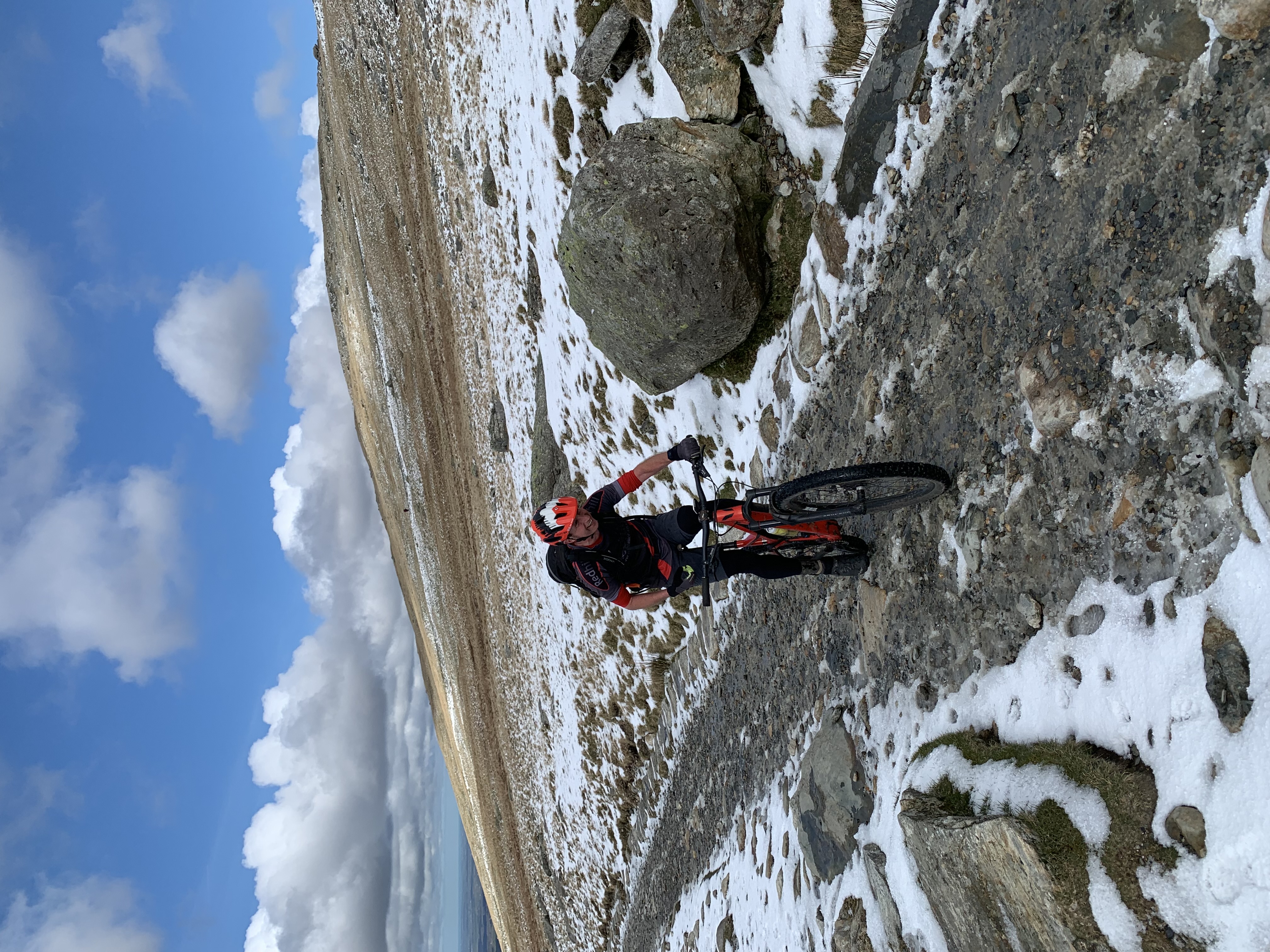 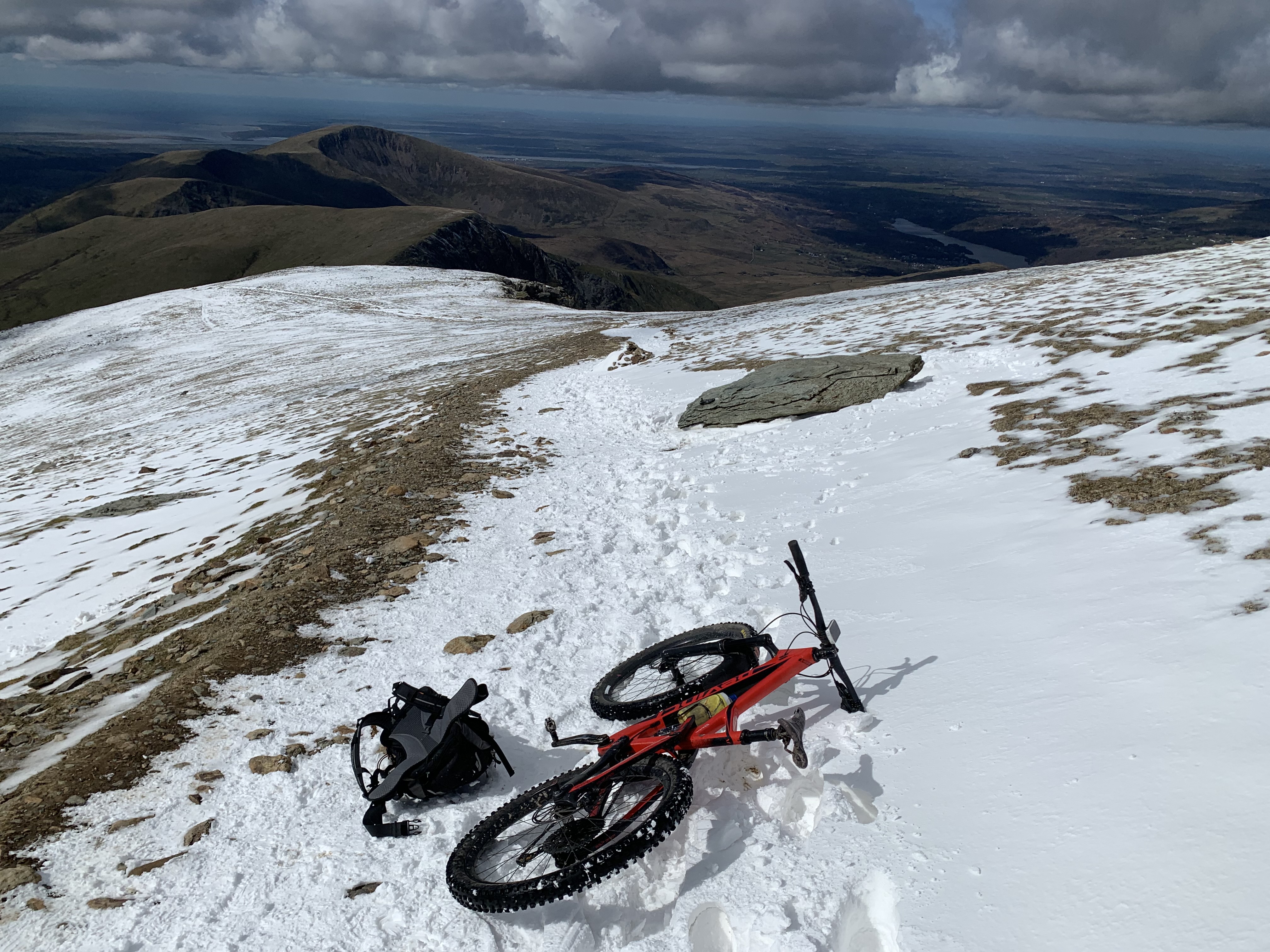 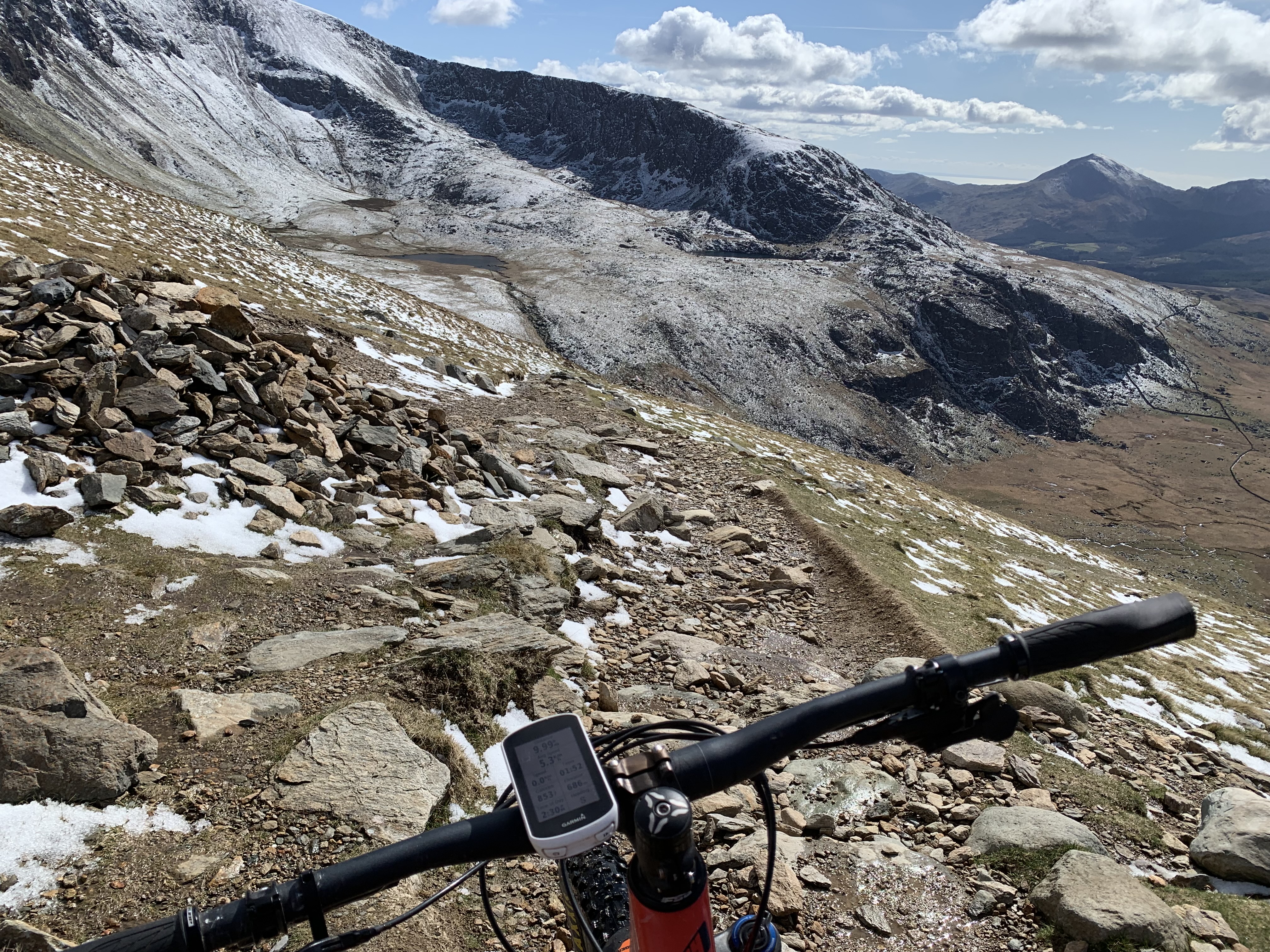 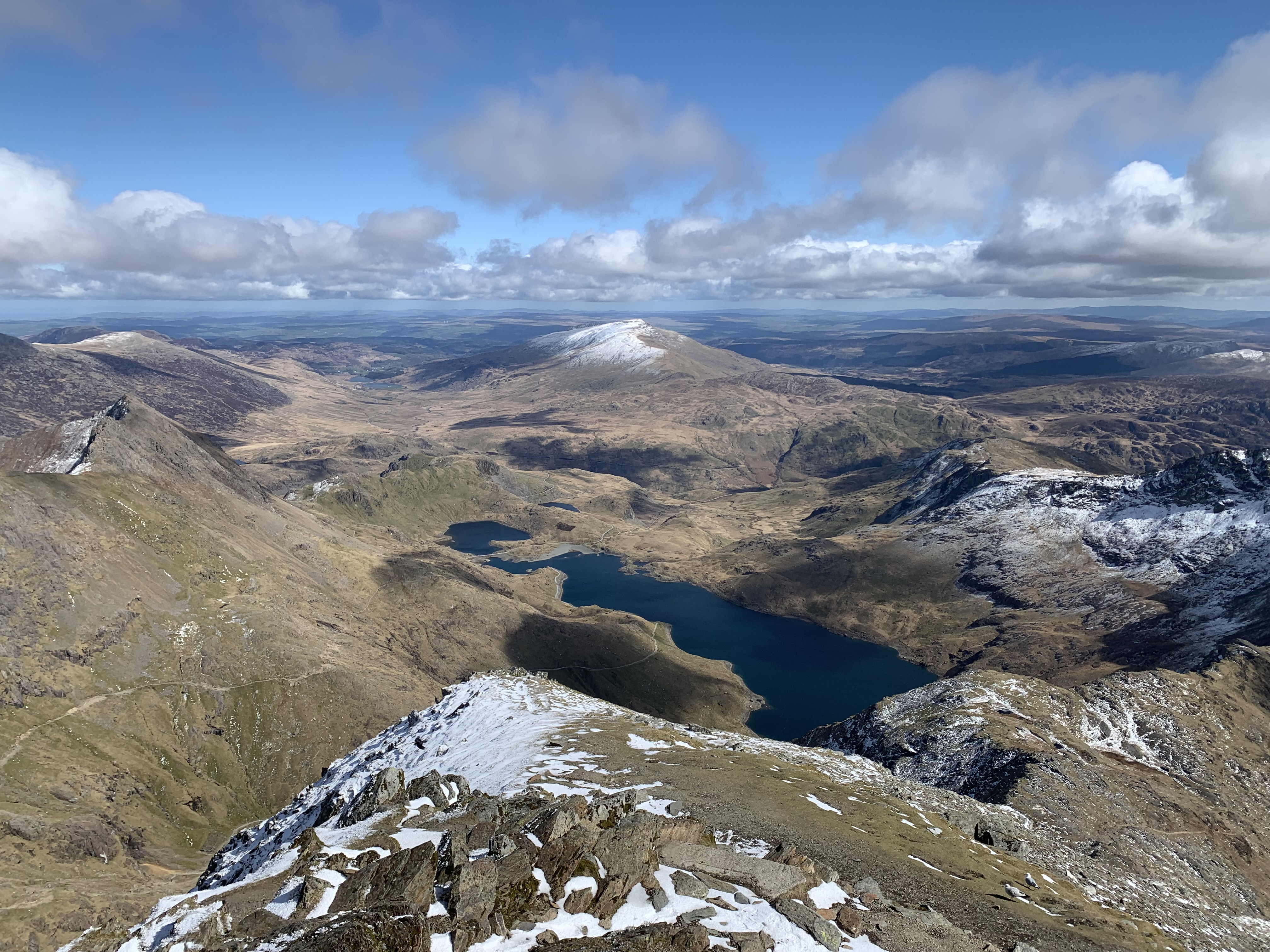